Okay, I understand, having made such a bold opening statement I am under a moral obligation to elaborate and I won’t dodge it.

Designed to succumb does not need much of deciphering it is almost self-evident.

WHO health finacing profile 2017 shows that 67.78% of total expenditure on health in India was paid out of pocket. The world average is 18.2%

So, health is clearly not the priority of the official Indian mindset and with the inherent flaws mentioned above, it is very difficult to ensure a standardized protocol-based treatment strategy for all especially in situations which demand an exceptionally planned and coordinated approach, like the present-day Covid19 pandemic.

To confound the matter more, there is a fear psychosis and utter confusion in the minds of private practitioners and small setups, the largest chunk of Indian healthcare work-force.

Its like sending only 20% of your army out in the field in a die-hard battle while the rest eighty percent force is forced to stay back purely due to lack of support and lack of clarity of directives.

Well, this certainly seems to be the case going by the haphazard and flummoxed array of directives shooting the vulnerable minds of private clinicians.

To open or not to open, to test for covid or not to test for covid, to see fever patient or not to see them, to refer or not to refer…will I be penalised or won’t be if a covid case is detected from my centere, can I charge for PPE or I cannot….the dilemma and the fear seem endless.

This confusion is not a reflection of a common practitioner’s lack of intent to fight the pandemic rather it is a clear reflection of unpreparedness and paucity of ideas among the highest echelons of Indian policy-making body.

Designed to excel: This may especially be so in an emergency situation and definitely requires a little more effort from my side to explain this concept with the help of what I call as the Dharavi Model

With over nine lakh population living in the total area of just 2.1 square kilometres, Dharavi, Asia’s biggest slum, has a very unique standing. The health challenges of Dharavi are equally and understandably Sui-generis.

So when corona started engulfing this densely populated area, it needed a well planned and well-coordinated strategy to contain it.

Dr Shivkumar Utture, president Maharashtra Medical Council, along with the local MP and the officials of BMC formulated a strategy and took this formidable task of containment. They identified five pockets of high Covid positivity and decided to do door to door screening of the entire population residing there. According to Dr Utture they got fantastic supports from the local doctors in their endeavour to do so.

In an interview to CNBC-TV18 Dr Shivkumar said, “These local doctors know the pulse of the people of Dharavi and came out with the history of the patients… We have requested clinics in Dharavi to remain open and we have also tied up with BMC to provide standardized PPE kits to doctors and their staff. BMC will ensure daily sanitization of all 350 local clinics.”

This systematic approach involving local resources is the way forward.

Extraordinary times need extraordinary decisions, decisions that may involve overlooking certain aspects of uniformity of distribution of these services as per as government liability is concerned.

These inherent traits coupled with a highly emotional Indian mindset especially in times of emergencies could be utilised to formulate a speedy, cost-effective crisis management strategy with a greater degree of penetration only if this energy could be properly channelled.

The government can save a lot on logistics and other expenses all that is needed is to guide, motivate and support these solo centres.

Before I end this conversation It would be prudent to discuss a success model the whole world is looking at…Taiwan Model. Of course, as one of my dear friend said, we all are in a different ship facing the same storm. So, every nation will have to customize its own policies and strategies to fight the pandemic but none the less it will be worthwhile to learn from Taiwan’s experience and compare it vis a vis India’s situation.

Taiwan at its closest point is only eighty-one miles (130 kilometres) away from China and has a very high population density and was expected to have the second-highest number of cases of coronavirus disease (COVID-19) due to its proximity to and the number of flights between China. Taiwan has been on constant alert and ready to act on epidemics arising from China ever since the severe acute respiratory syndrome (SARS) epidemic in 2003.

In 2004, the year after the SARS outbreak, the Taiwan government established the National Health Command Center (NHCC). The NHCC is part of a disaster management centre that focuses on large-outbreak response and acts as the operational command point for direct communications among central, regional, and local authorities. The NHCC unified a central command system that includes the Central Epidemic Command Center (CECC)

On January 20, while sporadic cases were reported from China, the Taiwan Centers for Disease Control (CDC) officially activated the CECC for severe special infectious pneumonia under NHCC, with the minister of health and welfare as the designated commander. The CECC coordinated efforts by various ministries, including the ministries of transportation, economics, labor, and education and the Environmental Protection Administration, among others, in a comprehensive effort to counteract the emerging public health crisis.

As per Wikipedia, the coronavirus pandemic has had a more moderate impact than many of the neighbouring countries with six total deaths as of 30th April.

India, on the other hand, is fighting coronavirus pandemic with a colonial-era law.

The main legal weapon the government possess today is the Epidemic Disease Act of 1897, a hurriedly drafted short legislation to stonewall the bubonic plague that devastated life in Bombay in 1896, forcing people to migrate out of the city

The law in itself is inadequate to deal with threats such as bioterrorism and the international spread of diseases. The only power it confers the centre is to issue advisories and coordination, it cannot even regulate the transfer of biological samples.

“Health is no doubt a state subject but in times of emergency, the borders should cease.“

There were important additions to the legal armamentarium as far facing a disaster is concerned like Biological Disaster Guideline 2008 and National Management Authority but the problem arises mainly because of coordination and implementation issues.

What Needs To Be Done (Summary) 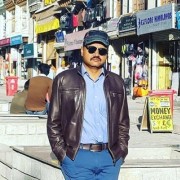